Colleges
High School
Menu
High Schools
Colleges
Install the app
You are using an out of date browser. It may not display this or other websites correctly.
You should upgrade or use an alternative browser.

Sacramento State's Dawsen Bacho (San Marin) had the go-ahead grand slam as the Hornets won their opener at Arizona State.

Connor Mack (Bellarmine) had three hits and drove in Darren Baker (Jesuit) for the game winning run in Cal's 4-3 win over Pacific. Nick Proctor (Amador Valley) pitched 4.1 perfect innings to finish the game for Cal. He had five strikeouts.

Mike Bowes (Bellarmine) had a home run and Coleman Brigman (Valley Christian) had a double in Santa Clara's 8-4 win at UC Santa Barbara.

Jordan Vujovich (Granite Bay) had a home run out of the leadoff spot in San Francisco's 6-2 win over UCLA. Jarron Silva (St. Mary's Stockton) had two hits for UCLA.

Tyler Bosetti (Vacaville) had a double and three RBI for Nevada in a 11-8 win over Cal Poly. Nevada took two of three in the series.

Pacific's James McClenaghan (Gregori) was 3-for-5 (double short of the cycle) with two runs scored in a 5-2 series clinching win over Cal.

Nevada freshman Landon Wallace (Roseville) got his first start on Sunday agianst Cal Poly and went 1-for-4 with a walk, two runs scored and a stolen base

Arizona freshman RHP TJ Nichols got the start in the series finale against Ball State and pitched 5.2 innings of two run ball. He gave up seven hits, walked two and struck out three to help the Wildcats salvage a split. Ryan Holgate (Davis) reached base three times with two RBI and two runs scored.

UCLA freshman Carson Yates (Leland) went 1-for-3 with a triple and RBI in Tuesday's 5-2 win over Loyola Marymount.

Jack MacNichols (Vintage) tied the career home run record at Santa Clara with No. 38 on Thursday in a 10-7 loss at Stanford.

Dawson Brigman (Valley Christian) also had a double in the loss

In Arizona's 13-11 win over SE Louisiana, Daniel Susac (Jesuit) had a home run, double and four RBI. Ryan Holgate (Davis) had two hits and Chase Davis (Franklin) had a triple as a pinch hitter.

Gabe Giosso (De La Salle) had a home run and three RBI for St. Mary's in a 6-0 win over Cal Baptist on Saturday

In the first game of the Sunday double header, Portland beat UC Davis 7-4. Portland's Sam Brown (Petaluma) went 2-for-3 with a double and a RBI.


In the second game, UC Davis beat Portland 1-0 as Jake Brandel (Monte Vista) went 2-for-4 with a double.
C

Whatever happened to Javier Felix from Santa Cruz. Do not see him on San Diego State roster.
C

Sacramento State RHP Scott Randall (Del Oro) is 1-0 with a 2.70 ERA in two starts. He has struck out nine batters in 10 innings.

Nathan Martorella (Salinas) had a night with a home run and seven RBI. Darren Baker (Jesuit) went 3-for-4 with three runs scored and a stolen base.

Jason Brandow (Vintage) went 1-for-4 for Fullerton. Isaiah Garcia (Lincoln/Sierra College) started at first base and was the No. 3 hitter.

In the 5-4 win, Cullen Kafka (De La Salle) started and went five innings. He gave up four hits, a walk and a run while striking out seven.

In the 17-2 win, Josh Kasevich (Palo Alto) and Sam Novitske (Foothill) each reached base three times

Matt Voelker (Granite Bay) picked up the save for LMU.

Washington freshman Michael Brown (Vacaville) has started nine of 10 games for the Huskies. In a Tuesday win over Portland, he went 1-for-3 with a double and RBI.
2

SHAW SHUTS DOWN TRITONS
• Kieran Shaw was dominant coming out of the bullpen last weekend against UC San Diego, tossing 4 2/3 combined scoreless and hitless innings on Thursday and Sunday, twice quelling the Tritons' rallies as the game hung in the balance to help his team earn victories.

• On Thursday, the right-hander entered in the eighth inning with the bases loaded and nobody out and struck out the side — all three batters swinging — protecting a 9-4 USD lead.

• And on Sunday, head coach Rich Hill called on Shaw again in a make-or-break situation after the Tritons advanced a runner to third with one out to threaten a two-run San Diego advantage. The graduate transfer again extinguished the UCSD rally, this time doing so on just six pitches with a strikeout and a ground ball.

• He would go on to pitch the game's final 3 2/3 innings to close out an 8-2 win for USD that secured their sweep of the Tritons.

On Friday, Vincent Bianchina (De La Salle) had a grand slam for Northwestern in a 14-2 win over Michigan State

In UC Davis' 5-3 win over Pepperdine, Zach Carrell (Davis) started and gave up one earned run in four innings.

Darren Baker (Jesuit) had two RBI and Cole Elvis IVacaville) went 2-for-4 with a run scored and a RBI..

For LMU, Matt Voelker (Granite Bay) pitched the final two innings without giving up a run.

In UCLA's 3-2 win over Arizona, Jack Filby (McClatchy) drew a walk-off walk for the Bruins.

Jake Brandel (Monte Vista) had a hit and a RBI for Davis.
N

on Sunday Ryan Robinson (Livermore/Ohlone) gets his first win for San Diego, lowering his ERA to 1.17 on the season
Reactions: bella123, Streak One and HereWeGo2019

Matt Smith (El Dorado) went 3-for-5 with three RBI, including a walk-off hit.

Michael Brown (Vacaville) had a home run for Washington in a 13-2 loss to UCLA on Saturday.

In Long Beach State's 3-2 win over UC San Diego on Saturday. Devereaux Harrison (Vacaville) picked up the two inning save. Tate Soderstrom (Turlock) had a double and run scored for UCSD.

Jordan Vujovich (Granite Bay/Delta) had a double and two runs scored for San Francisco in a 9-4 win over Loyola Marymount.

On Monday, Oregon State beat Gonzaga 11-3. Freshman Garret Forrester (Bella Vista) batted third and went 1-for-4 with a walk, stolen base and two runs scored for the Beavers

Nevada's Tyler Bosetti (Vacaville) went 10-for-15 with four RBI in three games against Air Force. He was named the Wolfpack Student-Athlete of the Week 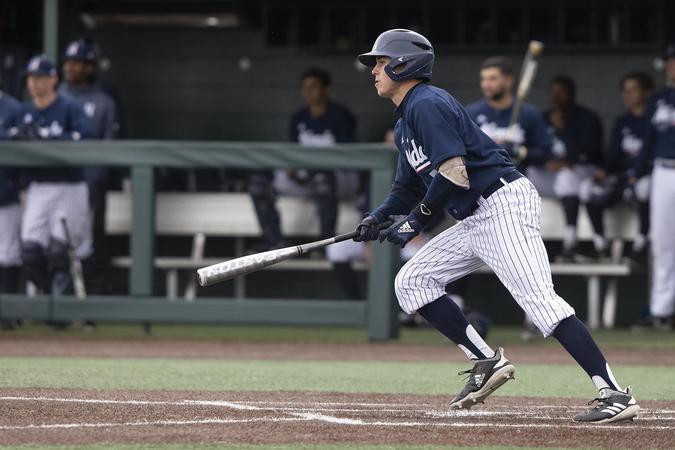 RENO, Nev. – After an incredible weekend at the plate, Nevada baseball's Tyler Bosetti has been named the Wolf Pack Student-Athlete of the Week.

Former Maria carillo and Cal star Andrew Vaughn got his first MLB hit with White Sox.
He was 1-2 with a double, 2 walks, and run scored in 10-4 win.
Reactions: bella123 and Streak One

Carter Benbrook (Jesuit) pitched the final three innings for the Gauchos and struck out six batters to pick up the win.

Joe Yorke (Mitty) went 1-for-4 with a RBI
You must log in or register to reply here.